Mum stuff : How to have a newborn baby 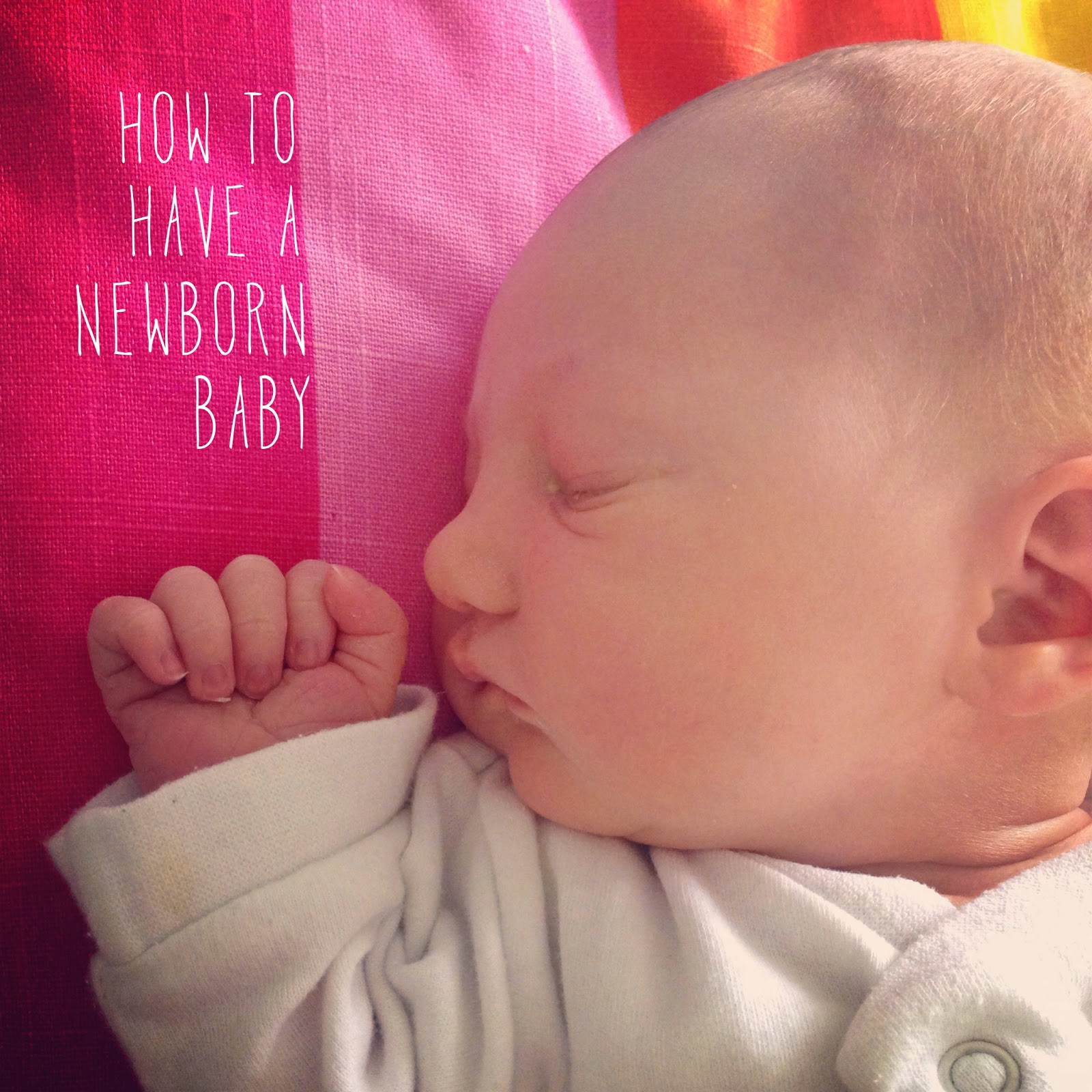 NOTE: I first drafted this post way back in January, updated it in February at 40 weeks pregnant- and then faffed some more about actually publishing it. Was it a bit personal? A bit serious? Well, yes, a little bit- for me anyway. And so it languished in the not-very-good/ not-ready-to-publish folder (don't worry, it had plenty of company) until now.

Now it has a different meaning, because now I'm on the other side, sitting here with a two-week-old baby.

Things are a little calmer now but the first few days were a bit of a shock. I think we had forgotten what life with a teeny newborn is like: constant feeding (I've never been so keen to get off the sofa) and very little sleep. We may possibly have (unfairly) expected baby H to slip comfortably into our routine, and for breastfeeding to come naturally and easily, it being the second time round (aha! But it is only baby H's first time, as Husband reminds me).

So I read the post below back now and it's as though a different person wrote it. Some of it makes me smile, some of it I am trying hard to remember. A few things seems less relevant second time round; people don't tend to give second time mums much advice (because we know it all, right?) and with labour being much more straightforward this time the physical recovery was much quicker. But M&S mini flapjacks have been just as essential. 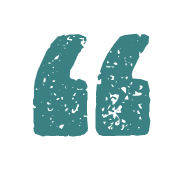 At 40 weeks pregnant- oh yes, this could happen at any time- and the size of a small house, you might predict that I am a raging hormonal torrent of emotions at the moment.

These go from excitement (we're having a baby!) via nervous anticipation (we're having a BABY?!) to sheer terror (but... wait... I have to get that baby OUT!!). Thoughts range from practical preparation (working out where the baby's going to sleep, washing clothes, buying nappies- all done, I might add) to fairly illogical preparation, which is why I spent half of today making a hot air balloon hanging mobile for the baby's room- in which she/he won't sleep for another 4-6 months- instead of having a desperately-needed nap.

And whilst I still can't quite get my head around the fact that this giganormous bump is actually going to become a baby at some point very, very (please) soon, I am desperately trying to cast my mind back to what it's like to have a newborn.

As I struggle with a very independent, slightly tempestuous toddler, I remember a giggly, easy-to-please, relatively undemanding delicate little bundle who spent a lot of time asleep and the rest of it gazing adoringly at me.

But I'm pretty sure it either wasn't like that- or didn't feel like that- at the time. There was reflux, projectile poo, plenty of tears (real tears, which is apparently quite unusual for a newborn- I vaguely remember even our lovely midwife using the words 'drama queen' at about 5 days in), and lots and lots and LOTS of feeding, for hours at a time, day and night. That oats are good for milk production is the best excuse I've ever had for singlehandedly emptying whole tubs of M&S mini flapjacks in one afternoon.

It also makes me think of all the advice I was given back then, and what advice I would give to someone now. Actually I'd like to think I wouldn't try and give any- especially if it wasn't asked for- but it's so hard not to want to say, at the very least, it's okay. It will be okay. It's hard, it's exhausting, it's amazing. You'll manage, some days better than others.

Would I have found that helpful? Probably not.

So here are five things people did say to me, some not very helpful but well-intentioned (and quite possibly true) and some which I will try desperately to remember this time around.

When I've stopped worrying myself sick that I'm slowly destroying this tiny little being- that I have surely mistakenly been put in charge of- with my blistering incompetence, I'll sit down with my cuppa and do that. What fun!

I wanted to enjoy it, I did- I knew she wouldn't stay small for long- but it was also (in my experience) virtually impossible to achieve, what with the lack of sleep, the shock of labour, the physical recovery, the sudden realisation that yes, after nine months of mentally preparing, I actually have a real, proper, baby.

This time round I'm going to try very hard to enjoy my newest little person- who knows if there'll be another? I may not have as much time to enjoy them as I did with my firstborn, but maybe I'll have a greater mental capacity.

Those are truly magic words, and I still live by them. Even when I don't believe them. Even when the current 'phase', whatever it is, is so mindbendingly awful (it's not really, but let's face it, sometimes it feels that way) that it already feels like it's gone on for half a decade. The not sleeping, the reflux, the teething, the food strikes, the bath strikes (I have often wondered if instead of offering a playful splashabout with a squeaky octopus I might accidentally have threatened to pull Cub's arms out of her sockets, such was the screaming), and my current favourite, the tantrums triggered by putting milk in her cereal/ suggesting she wear a coat outside when it's 2 degrees/ offering to change a pooey nappy/ standing too close to her/ daring to speak.

But they are phases, and they pass. Eventually. Hopefully. Don't they?

There are things I didn't need telling:

- 'Forget about the housework!'
No problemo. Not sure I ever really remembered it, TBH.

- 'The ironing can wait!'
Well yes, it's waited about 6 years so can probably manage a little longer.

Two things that did make an endless-seeming day easier to manage: forcing myself into the shower before Husband went to work, and trying to leave the house every day, even just for a 10 minute walk, even if it involved nearly having a breakdown in the local chemist (damn it, why are people nice to you when they can quite clearly see you are on the edge? No, please don't hold the door open for me! And for the love of God, don't ask me if I'm okay). But I always felt better, less isolated and more connected to the world. Having a baby is wonderful in so many ways, and you are never alone; and yet somehow, sometimes, it can feel incredibly lonely.

4 : Be gentle with yourself.

All right. I get a bit honest and open here, but should anyone ever read this and actually expect to read something helpful instead of flippant/sarcastic comments, this bit is important (in my opinion).

Every woman's experience of birth is different. Instead of feeling a great big rush of love for Cub when she finally arrived, I mostly felt relief. I'm not sure I didn't regard her more with extreme awe than love, and I felt guilty about that. I spent the next few weeks in a haze- exhaustion, joy, shock, worry, discomfort (no need for details here but let's just say prune juice was a saviour).

It took time to recover, and the only way I managed was by accepting that it would take time, that it was okay to feel how I was feeling, and that we were doing fine. I had fantastic support from Husband and my family and friends, and without it things might have been very different- and I realise it's not that way for everyone (which is why postnatal support is so important, and often seems to go by the wayside). It got easier, I physically recovered, the overwhelming-love-for-Cub thing happened, I still have a few marbles left 23 months later and OH GOOD GRIEF. I'm doing it all over again. Whose idea was this anyway?

If you like the sound of it, take it. If you'd rather boil your own head than follow it, leave it. Most people give advice because they want to help; because they've been where you are and want to offer a solution that worked for them. It might not work for you but hey, you never know and if you're desperate enough you'll try anything. And they mean well. Mostly*. 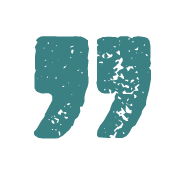 *Apart from the smug, know-it-all types who miraculously sailed through all of this without a single problem. Console yourself with the fact that they're probably pretending. Or they've forgotten. Or they're just lying. And move on.

And advice for those with toddlers? Someone shared this blog post with me a few weeks back, and it couldn't have been better timed. It's all going to be fine.