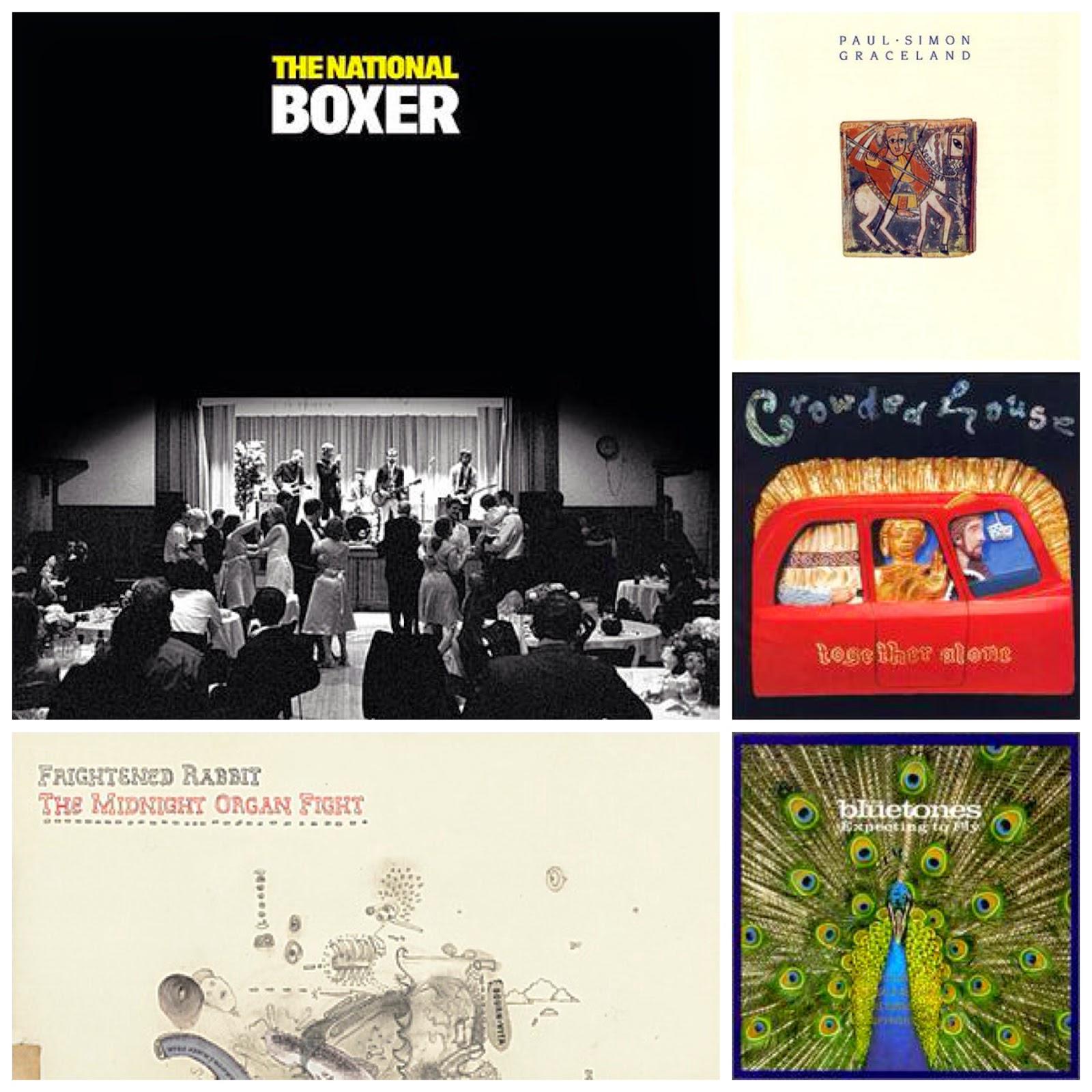 I don't know if I mentioned it, but I haven't been feeling very well recently.

To be fair we are, as a family of three, now on our fifth course of antibiotics in the space of three weeks, but we are now on the mend*. And as I discovered today that the Malteser Malteaster bunny has been reborn as the Merryteaser reindeer, I think I may just pull through. I know you'll be relieved.
*hopefully. And when I say hopefully, I mean we'd bloody well better be.

So the last few weeks has really just been about keeping our heads above water than actually achieving very much. You know, getting the important things done, like having a shower. Taking the bins out. Doing an occasional load of laundry. Eating. Feeding Cub (not that she's that bothered right now). Any lucid, vaguely energetic moments I've had have been swallowed up by design work (A Good Thing) and Christmas present buying (An Even Better Thing) but not much of anything else- not even listening to music (aside from the obligatory Christmas tunes whilst putting the tree up on Sunday, obviously).

Pre-Cub I would spend ages trawling the internet for new music- mostly via Hype Machine, but also This Is My Jam, BBC Music, Metacritic and sometimes iTunes and Amazon. Now I manage that about once a month, at best. I feel like I've lost my mojo for getting excited over something new I hear; or maybe I just don't have the time or energy to search properly, listen, appreciate, and listen again. I do miss that feeling of stumbling upon a great song by a previously unheard-of band, then realising that their other stuff is pretty good too, and then listening to them obsessively over and over, then irritating everyone I know by constantly telling them how great the band is. It's possible my nearest and dearest are not missing this as much as me.

Instead of new tunes, then, I'm going with golden oldies. Albums that I love and go back to again and again. Now this is a real challenge with a list of only five, so I'll just pick the ones that spring to mind right now, which- let's face it- are likely to be the ones that make me feel better when I'm feeling really pants.

Possibly my favourite band in the world. I think I first heard Fake Empire on a free CD from Q Magazine in 2007; then in my annual end-of-year trawl of the albums everyone else had already realised were good, Boxer popped up time and time again. Low-key and lovely, don't get the wrong impression if I tell you it used to help me sleep on long flights. I'm not sure that really does it justice.
Favourite song: Fake Empire. Oh, the piano intro.

Other than remembering the video for You Can Call Me Al (aged 10), I remained completely unaware of the rest of this album for a shamefully long time. Not till 1999, in fact, whilst on a road trip with friends through western US, when it formed the major part of our soundtrack. It was on that trip that I first met my husband, so it won't take a genius to work out why- other than it's a great album- I'm so fond of it. Even though I'm still a little bit disappointed that Chevy Chase is not, in fact, Paul Simon.
Favourite song: Hmmm. Perhaps Diamonds on the Soles of Her Shoes

I don't care if everyone thinks they're MOR. I like them. I've liked them since first hearing Woodface (you know, the one with Weather With You on it) on the school drama trip to Greece in 1992. But Together Alone is my favourite, probably because I am a little bit in love with New Zealand. It made me imagine New Zealand before I'd even been there, and now I've been there it just reminds me of it. I may also be one of the few people to have made an extra effort to visit the Crowded House museum (aka a room in the local library) in the Finn brothers' home town of Te Awamutu. Husband was not over the moon about that detour, but then he's never forgiven me for insisting on visiting the Cumberland Pencil Museum, either.
Favourite song: Catherine Wheels. Or In My Command. Or Kare Kare, because it makes me think of NZ beaches. Oh, I don't know.

I was in a pub over the weekend and noticed during one of my frequent trips to the loo (did I also forget to mention I'm pregnant?) a poster advertising their New Year's Eve party, at which Mark Morriss was appearing. Once I remembered that Mark Morriss was he of Bluetones fame and not Mark 'Return of the Mack' Morrisson, I got, in quick succession, quite excited (Mark Morriss! The Bluetones!), then very disappointed (I don't live near here anymore! I have a child! I NEVER GO OUT ANYMORE!). This album was a bit of a first-year-of-university soundtrack, so my nostalgic memories of it are possibly just a little alcohol-tinged...
Favourite song: Putting Out Fires. It's a bit epic. And good to sing loudly whilst drunk. I think. I don't really remember.

I think I first heard The Twist on the soundtrack of the US series Chuck, and very quickly became obsessed. This was whilst we were living in Beijing, so most of my memories of discovering how fantastic it is are from perilous journeys in taxis (which had three stages: one: initial conversation in broken Chinese resulting in tentative agreement of destination. Two: the journey, during which I'd smugly sit back and relax with my headphones on, taking in Beijing scenery, proud of my ability to successfully communicate said destination. Three: the alarming moment of realisation that we were nowhere near said destination. At all. Cue ripping headphones off and trying to explain destination again to increasingly grumpy driver before giving up and just getting out in the middle of who-knew-where).
Favourite song: I Feel Better

I realise I've told you nothing useful about the albums themselves, but you'll just have to go and listen, if you don't already know them. I hope you enjoy them.

And yes, I know I've missed out a billion classics, and yes, I know I'll want to go back and change this post about twenty times in the next few hours. A Merryteaser or two should distract me...
Posted by sheena at 13:42