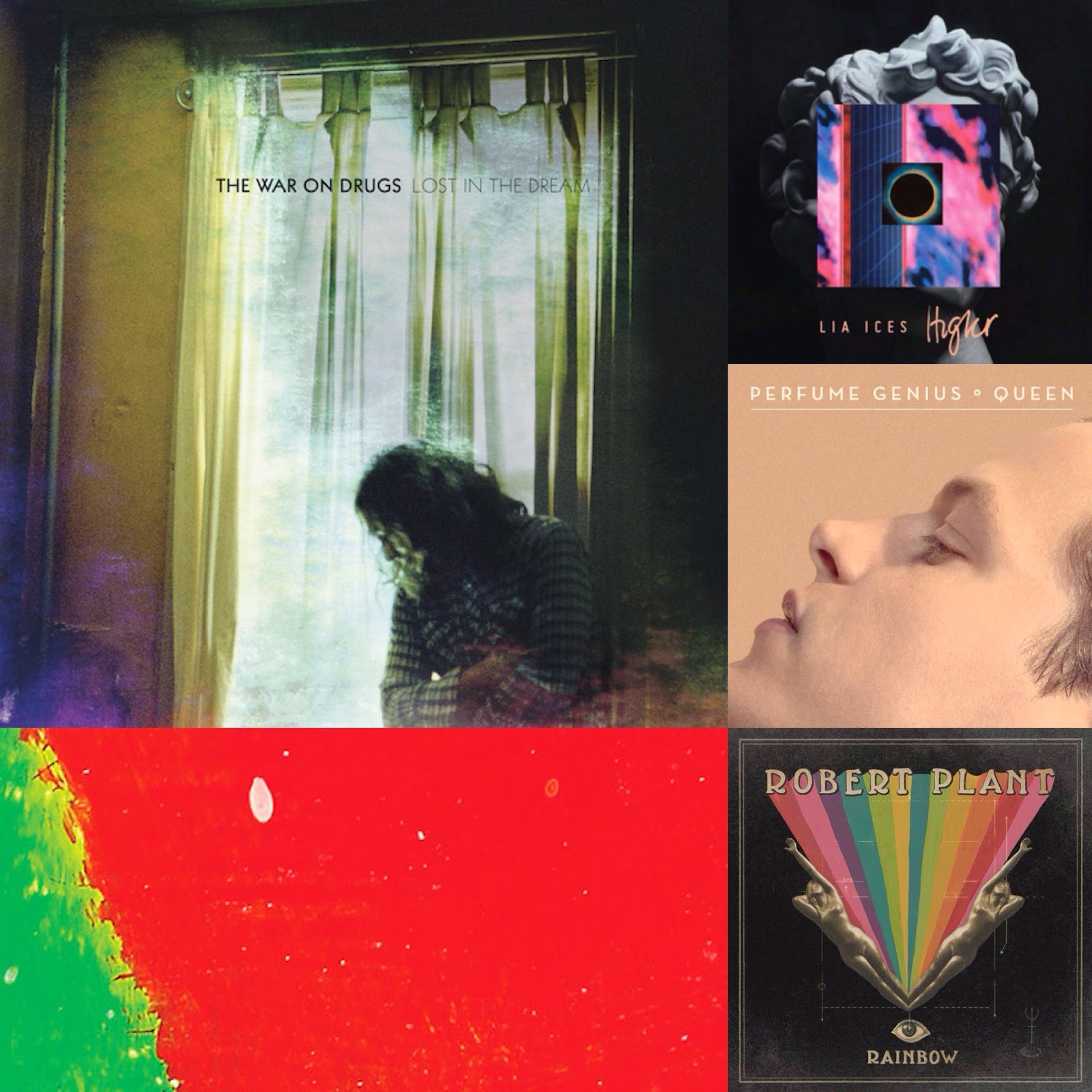 It's Monday morning, the Cub's at nursery, I am sitting in a coffee shop slowly waking up, and the headphones are on. Pre-Cub I managed to dedicate a fair amount of time searching out new tunes to listen to, but it doesn't happen much these days and feels like a real luxury. It's even more of a shame as the Cub herself loves listening to music (and that even includes my singing- ha) and dancing, which actually just means turning in circles until she falls over. So now I've managed one mum post, I'm going with a music post. These are five albums/ tunes I've been listening to/ trying to listen to this month...

1 - War on Drugs, Lost in The Dream (album). Yep, I know, really behind with this. Listen to Red Eyes on Soundcloud

3 - Perfume Genius, Queen Watch the video for Queen on YouTube

(Thanks, Lauren Laverne, for pretty much all of these.)
Posted by sheena at 11:27